After Hermosa Beach attorney Josie Bates successfully defended sixteen-year-old Hannah Sheraton against murder charges, she took the girl into her own home. Now, just days before becoming Hannah’s legal guardian, Josie Bates has disappeared and Hannah must enlist the help of Josie’s lover, Archer, to find her. The only clue to her whereabouts leads them on a road of intrigue from the Hollywood Hills to the glitzy evangelical enclave of Orange County; the seedy side of Los Angeles to the pristine and remote California mountains. With Child Protective Services demanding Hannah be remanded to state custody, they delve into Josie’s past only to find that the woman they both love was once a ruthless and hated defense attorney, that the system he believes in has released a double murderer, and that there is more than one person who would be happy if Josie Bates was never seen again. 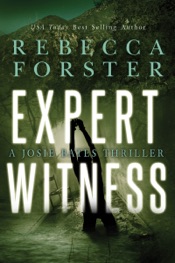